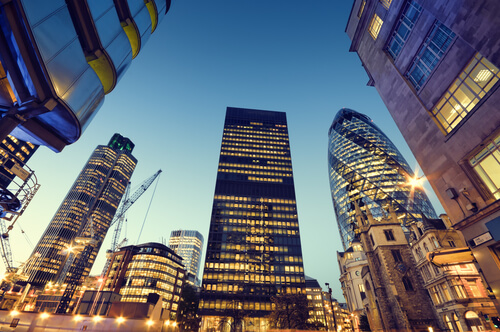 Looking for a career in Banking & Finance?

We recently attended the Talent Leaders Connect event on Banking, Financial & Fintech, and revealed some key stats about jobseekers in the finance industry – and what they’re looking for when it comes to finding the right role.

To help you learn more about what to expect and what’s really on offer, here are some of the key things we found Banking & Finance candidates want from employers:

It may come as no surprise that graduate salaries offered in the banking and finance industry consistently rank above national averages.

And, in spite of the fact that salaries have seen a minimal dip during this time period, graduate expectations continue to rise – asking for 27% more than they did five years ago.

OK, so jobseekers in many industries will be hoping for a higher salary.

Unfortunately though, for many businesses this might not be a practical solution. Especially with no clear indication of how our finances will fare in a post-Brexit Britain.

However, how professionally a company handles the recruitment process also plays a part in leaving a positive impression – especially when it comes to punctuality.

85% of the Banking & Finance candidates we surveyed suggested that they expected to be interviewed within a fortnight of making an application.

Comparing this to the national average of 78% only further highlights that, in a highly competitive industry, employers need to act fast if they want to guarantee they don’t miss out on the right people for the role.

Recognising the need for change, the ‘Big Four’ accountancy firms are updating the way they target graduate talent.

Some of the new practices they’ve introduced include flexible interviewing (e.g. one-day assessments, video and group interviews), and ‘blind CVs’, which take non skills-based factors such as your name and the name of the university you’ve attended out of the hiring decision.

They’re also working on removing the barrier for academic qualifications, with higher grade A levels no longer being seen as pre-requisites. Something which has been a legacy item in the industry for some time.

In short, it’s becoming more about attitude and mindset than educational achievement and background – something which could have a huge impact when it comes to improving the office environment, not to mention retention rates.

how can we help you?

Contact us at the iAP office nearest to you or submit a business inquiry online.